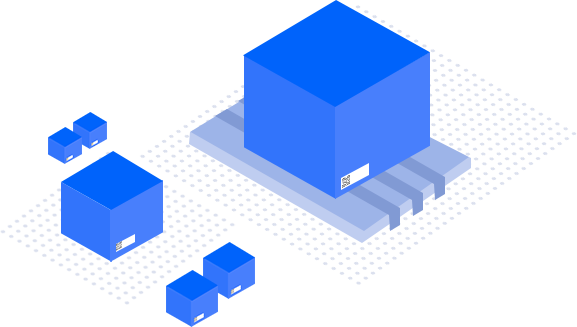 Blockchain is a distributed database that is write-only. No update is allowed. It holds a continuously growing list of records that are ordered by time and organized into arbitrary groups, called blocks. Each block has a link to the previous block. The link value often is a hash of the previous block, signifies the integrity of its predecessors. The records contained within each block are usually transactions between parties, but it can be any piece of information that we want to protect. It’s guaranteed that what is written, once, won’t be tampered with.

There are two main attributes that make blockchain truly decentralized and usable for financial transactions or for contracts between two or more parties:

What this means is that if someone wants to alter the historical data, they have to:

Proof-of-work allows data (usually ledgers and contracts) to be openly shared, and yet secured against tampering. Cryptocurrencies are successful examples of blockchain. They are maintained by a set of public computers -- some are serving the ultruristic goal, others are incentivized by earning commissions for mining key to seal the blocks.

2. The Problem with Proof-of-Work (PoW)

Proof-of-work requires lots of hardware computing resources to perform key mining. The good participants together have to be the majority, otherwise, the blockchain is vulnerable and is prone to be taken over by someones or groups with more powerful computing resources.

"Proof-of-work" cannot be simple. Its difficulty level is adjusted depending on the number of mining nodes. It is designed so that blocks are slowly added to the blockchain. Without the super heavy (and slow) proof-of-work, the public blockchain is not secured.

If however, you make the blockchain private between a limited number of trusted parties then you may let go the "proof-of-work". You could use "majority-vote" or other algorithms to resolve any conflicts.

We are introducing a Hybrid Blockchain Technology (HBT) as a set of API Services and Database plugins. Private parties can employ HBT to host their immutable record chains. It is efficient and hack-proof.

HBT manages the private blocks using "weighted-voting" algorithms. Every so often it sends its checksum into the public blockchain to mark the blocks immutable with the public "Proof-of-work" from miners (such as that of Bitcoins or Ethereum).

Validator modules can be set up to check the integrity of data every so often. It’s configurable, cost-effective, super scalable, and fast!

As of September 2018, the bitcoin public blockchain size has already reached 185 GB. Every replica on the participant network holds a complete copy of this data. Blocks are formed every 10 minutes. It is simply big, inefficient, and slow! All public blockchains, by design, will face this same issue.

Not every single activity among the private parties need to be made public to uphold the trust among them. HBT system can be used to hold private contracts, thus they are secured, fast, and scalable. The blocks’ signatures are sealed by public blockchain so their integrity is guaranteed.

Hybrid Blockchain adds the level of trust that only public blockchain possesses to your existing systems without requiring the entire system redesign. It minimizes the typically-forbidden data migration cost and the massive disruptions to business’s day to day operations.

Hybrid blockchain strategy adds public backed immutability to your existing system’s record keeping. It’s an add-on model that allows gradual integration into any existing system. It starts with adding basic integrity checkpoints to your data which provides public proof that your private data is secured and hasn’t been tampered with. The hybrid layer can over time act as the monitoring system, conducting periodic & automated audits. Result of audits can also be sealed by public blockchain.

NeuroTags hybrid blockchain system would employ a set of simple and standardized programming & design principles and practices. It features the following:

That’s all you need to make it happen.

Products’ track & trace is a mandate by many governments. It is also important for a business to know the flow of their products and components. For high-end products, Blockchain can add public-backed trust to this data so that peer businesses or end consumers have the warranty that their product is genuine and has gone through the proper checks and certification, on a legit distribution network. It can be done via HBT.

5.1 Constraints of a public blockchain

Tracking the journeys of billions of products using public blockchain is just not going to happen. It’s simply not practical and not even possible!

5.1.1 From the data size perspective

We’re talking about terabytes (TB) of data or even petabytes (PB) for large brands. Public blockchain is already struggling at 196GB. The public blockchain is trustable because each participant has a complete copy of the data. There are at least 100,000 bitcoin miners out there. They’re not going to be able to replicate your TeraBytes every so often.

5.1.2 From the speed perspective

Products in the distribution network and retailers constantly move. There are millions of moves every minute. Public blockchain can’t handle these many ledgers! For example, bitcoins can only handle around 3-7 transaction per second.

5.1.3 From the cost perspective

Miners work for coin but in the long run, it’s the commission earned on a transaction that keeps them going. End of the day we need their hard earning computing power to seal the trust among unrelated parties. No-one can afford to pay the commission for billions of transactions a day.

Whatever we plan to do with public blockchain, there are at least a thousand others (if not millions) are trying to do similarly. Everyone wants to write to public blockchain. Uber trust is a scarcity and comes with high price. The price of trust is proportional to the price of the bitcoin. The more people using it, the scarce the resource, the higher the price!

Your private data now is trustable if it matches the checksum that you published early on the public blockchain. That is the proof that the data hasn’t been tampered with. Therefore publishing the checksum is sufficient. The bigger the checksum the more it is trusted. A 128 or 256-byte checksum is already very trustworthy.

Immutability = Trust
“It is what we said it is, sealed by public trust!”

Hybrid Blockchain Technology(HBT) solves this very problem! As products or components move, assembled or repackaged, we can track them using your existing database or NeuroTags’ track and trace cloud backend. Every so often we’ll calculate the checksum and back up the data into private immutable storage. The checksum then sent to the public blockchain. Later if you or your peer parties want to validate your data, just check it against the checksum. It is that simple.

HBT is one of a very few ways to achieve peer trust in any large scale highly active data system. Your database or NeuroTags’ cloud backend can operate normally at its hyper speed without any constraints. Computing checksum can be done continuously in parallel or every so often on the side. It’s a standard and linear algorithm which is fast. If necessary, we can compute multiple checksums for different data segments in parallel then compute another checksum on top. This distributed model isn’t limited at 2 layers. You can create any chain-of-trust and it will be trustable as long as each checksum is 128-characters long and the root checksum is backed by public blockchain. It’s very similar to how DNS works.

Besides being fast and effective, HBT is also totally configurable depending on your need and budget. You can configure how often you want to publish to the public blockchain, and how big the checksum is.

There is no magic in the blockchain. We need to know the costs and benefits. Blockchain is a great technology if we use it effectively. Hybrid Blockchain Technology is a simple, yet a powerful portal to export the trust of private data systems to the world.

Get A Free Consultation Now!